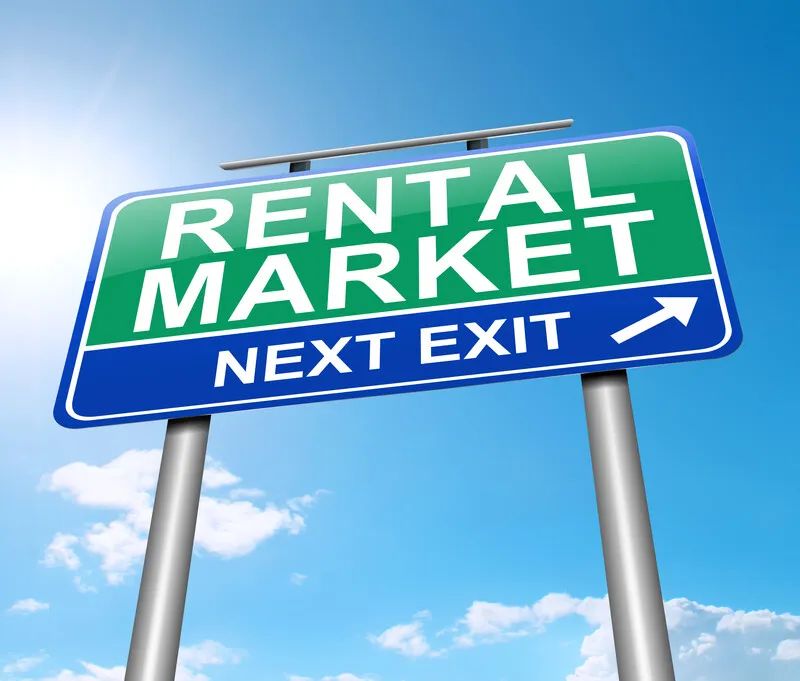 Rising rents, affordable housing, and efforts – sometimes defeated by neighbors – to build new apartments get as much attention in the Tri-Cities these days as home sales. In many ways, they share the same opportunities and challenges as the rest of the housing economy.

Rents in the Tri-Cities have increased as they have across the nation. Like home prices, they’re no longer squeezing housing budgets; they’re taking a big bite. It begs the question, how much can rents rise?

In February, the U.S. median rental price hit a new high of $1,792, up 17.1% from last year, according to Realtor.com®. The most current Census data shows that the median rent in the Johnson City metro area is $734 a month. Up .05% from the previous year. Kingsport-Bristol’s $678 a month median was up 2.6%. But this data lags in real-time conditions. Since it was gathered, there have been examples of double-digit short and long-term lease renewals. And occupancy rates – especially in the higher-end apartment complexes – are high. Demand is up and local and out–of–state investors are buying land and looking at expansion.

Although it’s not conclusive of all area apartment complexes, the March data on average rents and trends in the region’s major cities look like from Zumper, an apartment listings website. The rents are the monthly average rents on long-term leases compared to March last year.

The Tennessee Apartment Association says members need to build 5,000 new units a year to keep up with demand across the state. The association’s website says the current 361,800 Tenn. apartment homes add $2 billion to the economy and 4,000 jobs. Two billion is a little under what the Tri-Cities existing home sales market and real estate multipliers added to the local economy last year.

“Whether it’s rent or mortgage payments, the general rule of thumb is to keep monthly housing costs to less than 30% of your income. And with rents surging nationwide, February data indicates that many renters’ budgets may be stretched beyond the affordability limit,” said Realtor.com® Chief Economist Danielle Hale. “With rents up by nearly 20% over the past two years, rental prices are likely to remain high, but we do expect some cooling from the recent accelerated pace.”

Applied to the current local household incomes, here’s the 30% affordability target for total cities. The first figure is the monthly target for median households incomes. The second is the median for family households.

Census data show the share of local renters who paid 30% or more of their income on housing in 2020 was:

Richard Fishman, founder of ValCap, heads the firm that owns the largest number of large apartment complexes in the Kingsport area. Holdings include five complexes with land purchases and plans to build more in the Bristol area. ValCap has 8,000 apartment units in 23 complexes in Texas, Tennessee, Indiana, Pennsylvania, Ohio, Mississippi, and South Carolina. When asked when he thinks rents will cool off, he said, “When supply exceeds demand…of course.”

In a recent interview Shane Abraham, president and founder of Universal Development and Construction (ADC), Johnson City, offered a counter outlook. “I hope that the supply spigot doesn’t remain open too long and the market becomes over-saturated. I would not be as concerned if our region had major employment gains year after year. But we know that has not traditionally been the case. So, without a lot of new jobs, it’s hard for me to be bullish with an overabundance of new supply become absorbed in a short period of time.” ADC’s website lists 26 area apartments and three condominium developments.

Since that interview Bureau of Labor Statistics (BLS) data show the Johnson City metro area’s labor market has recovered to pre-pandemic job levels and added almost 1,000 new jobs. Kingsport-Bristol has not seen the same robust recovery. It is still 3,000 jobs shy of its pre-pandemic level. And, both rents and home prices continue to increase faster than wages.

Hit enter to search or ESC to close